Welcome to Robotic Revolution, the best addon for those who want more redstone use in minecraft.
Robotic Revolution introduces many new robots to the game, a new crafting table to make them, and more to come.

Lets start with how to get the robot forge, the key to the addon.
Note that you need end city resources to craft it.

The Robot forge is Crafted like this, it wont appear in the inventory, so you cant use the premade recipes. 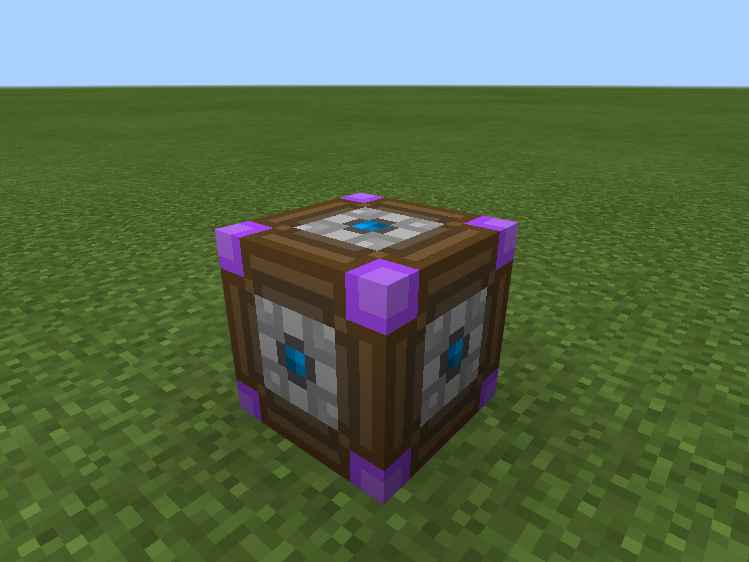 Interact with the Forge to pull up all the robots you can craft, note that the better they are, the more expensive they get. Now onto the Actual Robots:

The Drone is the basic robot, place it and it will defend the territory its in with strong melee attacks, tame it with iron to heal it and make it follow you.

The Combat drone is a slightly upgraded version of the drone, faster, and deals much more damage. Though, it has less health as a balance tradeoff. The Healing station is an immobile bot that acts like a block, and can be stood on, it has 100 HP and its only defense is to heal and buff players and bots nearby. The Sentry Turret is a relatively cheap and weak immobile bot, that can be effective if placed on a wall or roof, it shoots arrows at an alarmingly fast rate for its size, but vulnerable to projectiles, ironically. 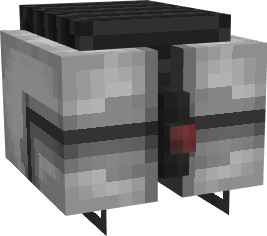 The undernaught is a strong, beetle like bot that moves using vibrations, and hides under the ground during movement to ambush its targets. a very efficient melee bot for the job, likely better than the drones. The Missile Sentry is a resistant, immobile bot, that is immune to explosions, but every 2 seconds, sends an airstrike missile after its target, if one is effective to hold off a whole horde, 5 means you're unkillable.

Now for a new group of bots, HEAVY BOTS The Reaper is a highly expensive, Fast, and intimidating robot, it is good at taking on larger opponents, dealing damage over 20hp, moves faster than a sprinting player, and overall is one of the ultimate weapons, save your netherite and iron blocks :).

The ranger drone is a very strong drone with lots of health, speed, and has a lightning fast arrow minigun ontop of it, these two factors combined make the ultimate mobile turret for your base. 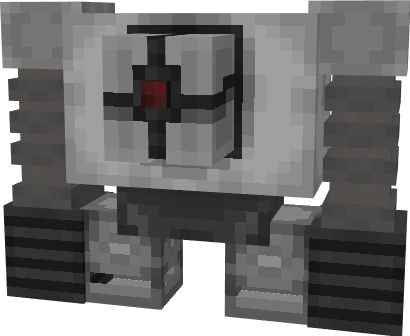 The dreadnaught is a hulking, damage beast, with no knockback, over 30 DMG per hit, tons of health, and is basically minecraft john cena.
It is extremely expensive, slow, but packs a punch no mob will forget. Its only weakness is swarms of enemies.

I hope you all enjoy Robotic revolution, it took forever to release this update and now its out for MCPECORE users, thanks for reading through, enjoy.