The plugin adds a variety of zombies that will make survival more difficult, I should also mention that the plugin is a recreation of a Java mod, but the creator rporotos allowed it, which is 100% legal, also the plugin is licensed , so if someone steals the copy it will fall 🙂 and there are ads in the download.

permission from the creator of the java mod so there are no problems later. 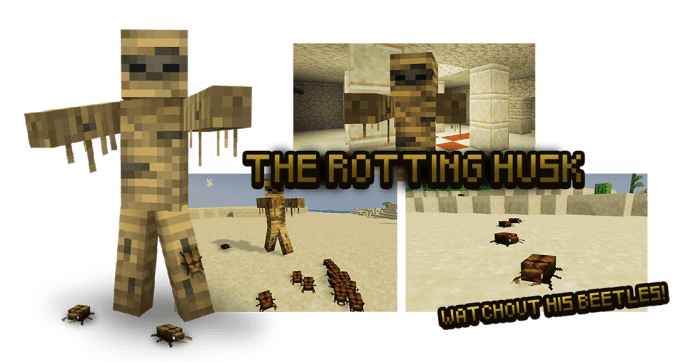 Mummy: this mob appears in the desert and attacks with beetles coming out of its mouth, so it is very dangerous, which is the old mummy with flying beetles. Rotten eskimo: this mob appears in the tundra, better said in the snowy biomes, it sometimes appears with a wolf or with a spear which cannot be obtained like the wolf, the wolf of the eskimo cannot be tamed is aggressive with the players, villagers and golems, when the eskimo does not have a spear it slows down and if it does it does more damage and is faster. Swampy: this mob appears in the swamp, when it hits you it poisons you and blinds you also when it dies it releases a cloud of poison and also has a baby shape, which you have to know how to defend yourself from the mob. 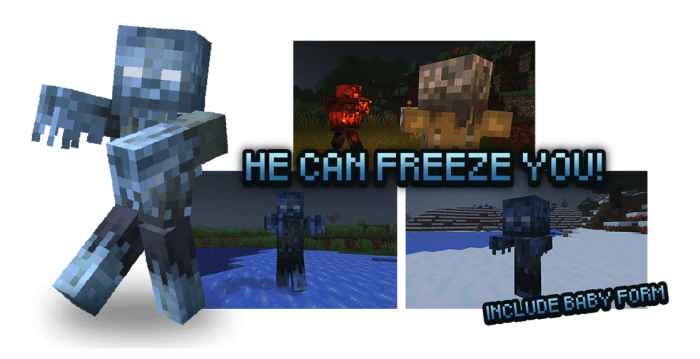 Frostbitten: this mob appears in the snowy biomes and is extremely dangerous because if it hits you it immobilizes you and it will cost you to flee from it also has a frozen step, it walks in the water and also has a baby shape, when it dies it drops a new item that is frozen meat which if you eat it gives you slowness and weakness in addition to hunger, it recovers 2 thighs and if you cook it in a bonfire, oven or smoker it becomes zombie meat. Undead miner: this mob spawns in caves with probability, it has 4 variants which is miner A, miner B, miner C and miner M these have something in common, miner A has a low probability of appearing and has a diamond pickaxe this drops an incredible loot which was worth finding, miner B appears more likely than A this has an iron pick and drops good things, the truth is, miner C appears with a stone pick and is the most likely to find his Peak is made of stone and its drop is not very good, the truth is, the M miner is super rare to find, it appears in the table biome frequently but I have not achieved it yet, so if you are lucky you can find it, this one is characterized by having a gold peak and having a drop more different than another, it is worth mentioning that if you have looting III, the zombies will drop more things and also if the game is in difficult they will come out with enchanted beaks with good encamtaciones. 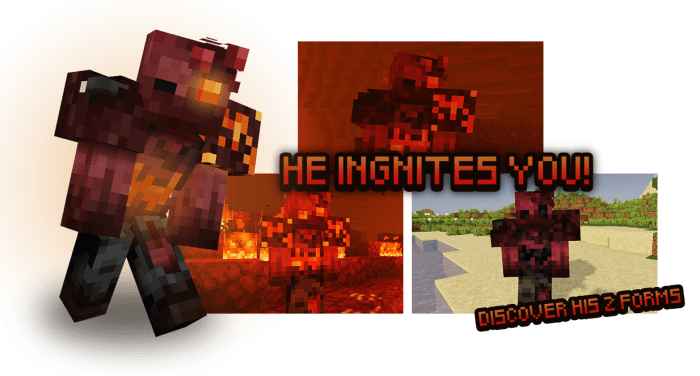 Burned: spawn in the Nether. His crazy form can rarely spawn with a chance of 2.5%, burned can set on fire a player when he hits them. If this Mob touch the water, he turns into a Obsidian Burned. When Burned has low health, his strength and speed increases, he also gains knockback resistance. I have emits light. His crazy form has permanent knockback resistance. Rain doesn’t seem good to Burned. Cold is his nemesis. Normal Zombies now has a low chance to transform into Burned when they die in lava. 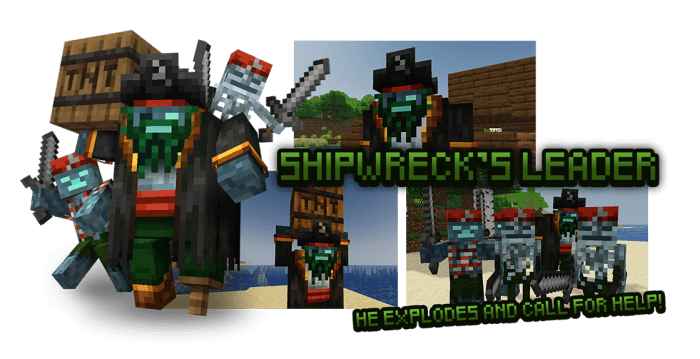 Dead Beard: Beach Biomes. (Extremely Rare). He has Knockback Resistance. If this zombie moves, he has a chance to spawn Zombie Pirates or Skeleton Pirates. When Dead Beard has low health, he takes out a tnt barrel and he will explode in 6 seconds. If I have explodes, the drops don't appear. 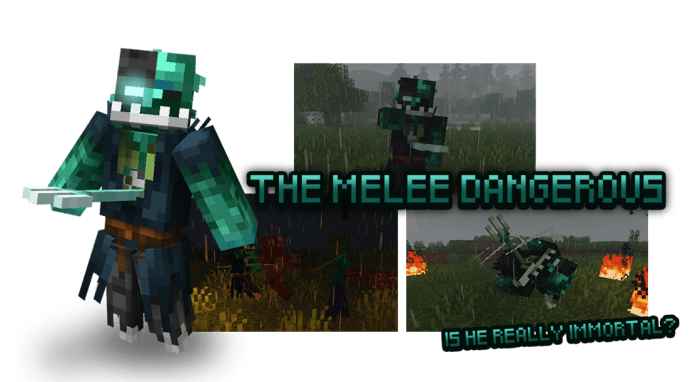 Immortal: spawn all the overworld during Thunderstorm. (Extremely Rare). Except in biomes such as:

If lightning strikes him, his life is restored. He can infect / convert zombies. (Zombie turns into Zap, the new entity offspring of Immortal). When he has low health, different lightning bolt appear near him and his speed increases. Immortal moves randomly when hit. He can perform a "dash attack". When this attack ends, his life is restored. If the thunderstorm is no longer available, Immortal loses all his “powers”.

people who participated in the project:

goddess: the one who asked permission from the rotten’s creator and shaper,

Any bug tell me on my discord server and tell me about your experience with the addon and mobs.