In this small addon it adds a structure on new worlds. You can load in with a structure block that spawns in a command block machine that when clicking 1 button has a full working UHC. with a no PvP period, a world border, and a deathmatch and many other nice things like a auto kicker when you get killed and spread players to get away from everyone. This amazing command block creation is not finished and will have way more things in the future to make it better and more customizable to your liking for many different situations. Bellow you can find a list of stuff planned for this amazing machine and some images of it.

Here are the steps of how to set up a UHC match on a new world.

download the addon and create a new world and give your self a structure block. 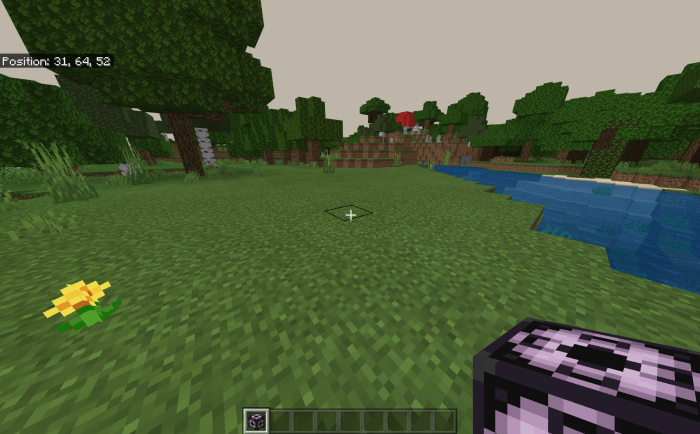 When you have a nice area in this world place down the structure block and type UHC into the menu. Make sure to NOT rotate the structure leave it its default rotation. Rotating it will mess up the world border it makes. 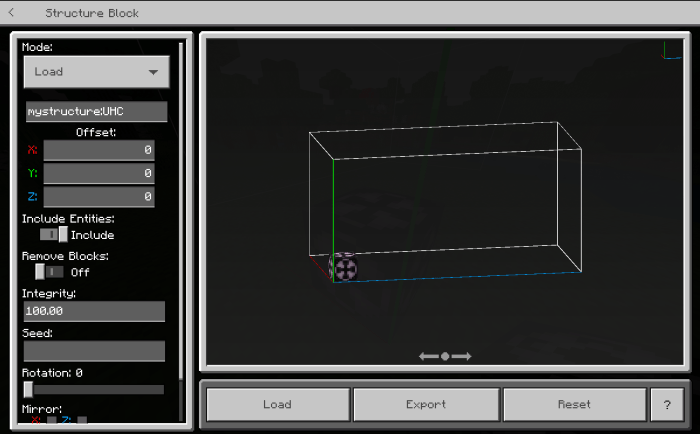 After you see the size of the box change when typing UHC under the load tab click the button load and watch the creation spawn in front of you. If you cant click load you typed UHC wrong or you did not use a new world. 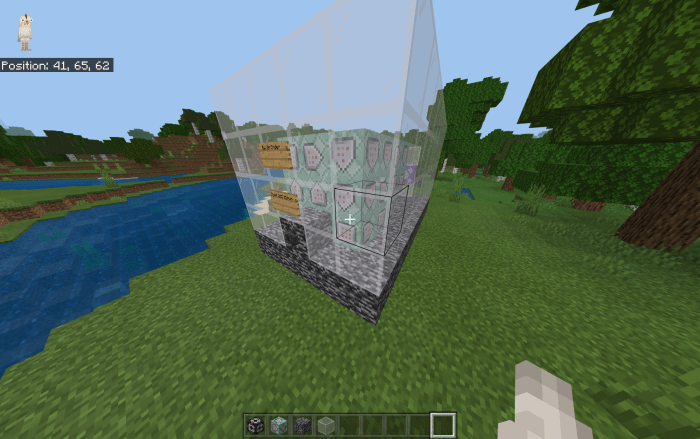 After making sure there are 2 or more people in your world. When you have 2 or more people click the button on the machine and then wait about 100 seconds during this time more people can join your world and you can wait for the game to start to get ready. After the timer ends all players will be spread out and the game will begin. There is a no PvP period where the machine turns off PVP at the beginning of the game. If you read this far and still don't know what UHC is UHC is a survival battle game where the thing your playing on generates a world border and spreads the players out to PvP also you don't regen naturally so try not to take damage because only potions and golden apples can heal you. As the game goes on more and more people die and at some point in the game there is a death match where players to teleported to a small area to fight to the death.

Thanks for reading all this if you did, it took a LONG time to get images and type this out.